An individual’s drive helps maintains focus on specific goals.  All people have or should have some level of personal drive deep within.  Drive and motivation run in tandem when trying to achieve any goal. It is safe to say the cast and crew had plenty of drive with the release of their successful road horror vehicle, The Truck (2013).

The Truck tails young lovers Roger, John Michael Morris of TV’s The Inspectors (2015) and Alice, Rachelle Christine (only credited role to date) on a weekend excursion in 1987 exploring his newly inherited abandoned campground.  Along their journey, the couple encounters a mysterious 4 x 4 truck that begins terrorizing them on their trip.  The Truck speeds along as the 4-wheeled reaper plays a game of homicidal cat and mouse with our blacktop Barbie and Ken.  Two comical, ornery lawmen try to stop truck o ’terror, as the teens race for their lives.

The Truck was directed by Lee “Captain Leadfoot” Vervoort of Gun Town (2009), on location in Hopkinsville and Lafayette, Kentucky (Go Wildcats!) and distributed by Riley Hollow Films.  Simple and to the point, The Truck cuts to the chase and respectively pays homage to earlier road horror entries The Duel (1971), The Car (1977),  Christine (1983) and the rural car chase scenes are reminiscent of those in Death Proof (2007).

The Truck is a fun ride in the do-it-yourself dose of indie filmmaking, produced on a minuscule budget of $6,000.  With such meager financial backing, the cast and crew deliver a 58 minute high octane blast of action, comedy, and stunts peppered with some impressive car chases.  It is obvious that all hands were on board to get this little picture created and fueled by a lot of heart, grit, and hard work.

The acting is believable between our young lovers and the wisecracking banter shared between Sheriff Jack Bishop, Tim Emery of The Lashman (2014) and Deputy Clarence Bishop, Andy Grace of Gun Town.  Where else are you going to see a wisecracking wheel chaired lawman with a Gatling gun having a High Noonish showdown with an evil truck?  The enthusiasm level was high during this production and you can feel it.

Any minor technical flaws are overlooked as you root for those all involved, because it pulled off the near impossible task of making a fun feature followed with successful distribution.  The cinematography was fresh and disciplined especially when filming the more difficult action sequences on the road.  All effects were accomplished the old school way (just the way I like it) and I didn’t notice any aid from CGI– it’s not apparent to the naked eye.

Overall this is a fun, easy flick that makes one to remember and appreciate old school horror and the Gonzo style of honest indie filmmaking.  It is definitely made with love; the way films should be made.  Unfortunately, recently released features by mainstream companies seem to be forgetting this much needed ingredient for a successful film…heart. 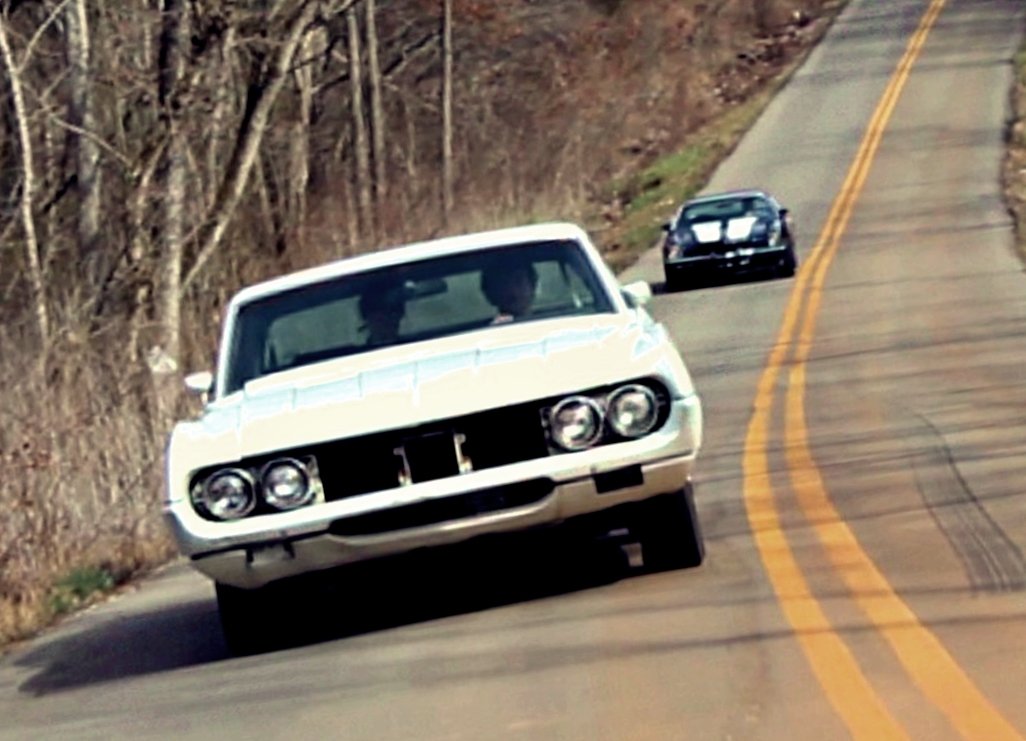 So, track down a copy of this diamond in the rough, sit back for a fun ride into the countryside of cinema.  This little road trip may be a good reminder that with some vision, grit, and a little elbow grease–what is actually possible for you to achieve.  Don’t lose that fire inside you!  Remember what Chuck Norris shared “…you’ve got to have that drive and determination to overcome obstacles on route to whatever it is that you want to accomplish.”

Check out The Truck Trailer

If you liked this, check out these other titles

ANY FILMMAKERS, PRODUCTION COMPANIES, OR DISTRIBUTORS WHO WOULD LIKE TO HAVE YOUR FILMS, MUSIC, & BOOKS REVIEWED, PLEASE CONTACT EITHER MYSELF OR THE INTESTINAL FORTITUDE.